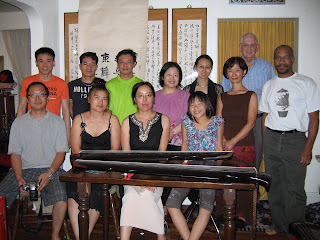 This yaji was to welcome Mrs. Yan Yan Zhu 朱彥晏 from Toronto Guqin Society along with her husband and daughters. They first visited the Zhong Dao Tang 中道堂 at Yuni's and then traveled to Manhattan and New Jersey. 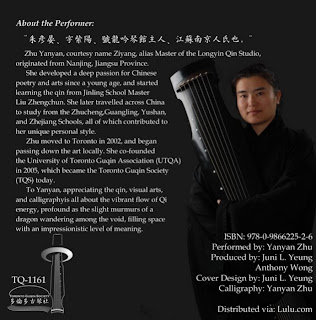 Confucius once said : 有朋自遠方來 不亦樂乎 (How happy we are, To meet friends from afar), we are very happy to meet Yan Yan and she also love to meet all the qin friends from New York. Therefore, Peiyou and Stephen hosted a guqin yaji on Aug 7th. 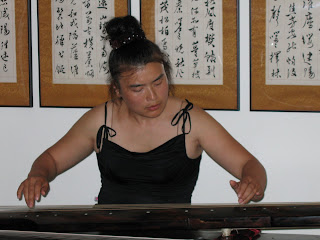 The meeting started with Yan Yan's singing in Chinese opera style of Song dynasty poem "Ge Xi Mei Ling 鬲溪梅令" by Jiang Kuei 姜夔 who wrote the poem and the original melody. Yanyan then played her improvisation of this piece on Guqin (Peiyou's silk string qin). Her singing and playing can be heard from here:

Yanyan then played Pinsha Luoyan 平沙落雁 and O lu Wang Ji 歐鷺忘機 then, Jiu Kuang 酒狂
(Video of Jiu Kuang playing can be seen here -- http://www.facebook.com/video/video.php?v=10150260033994895&comments)
Sound recording of Yan Yan's Jiu Kuang and her talks about this piece can be heard from here. Yan Yan's Jiu Kuang has her own style which is not like the Jiu Kuang most of the qin players had played.

After that, Matthew talked about one of his collection of Chinese calligraphy. 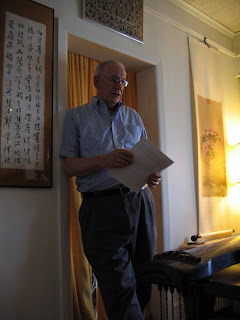 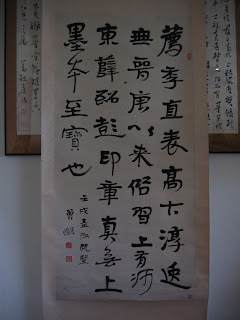 The video of Matthew's talk:


We want to give a big Thanks to Matthew's wife Jeanette who made these two delicious dishes, mushroom balls and cheese cakes. I have to take photos before they disappear... :) 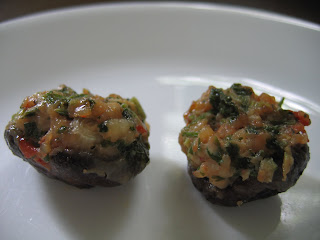 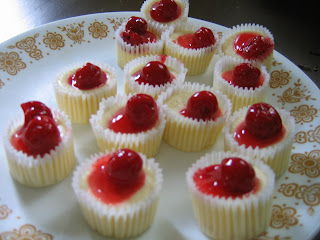 After a break for refreshment, Shih-hua and Sam played Guan Shang Yue 關山月 together. The video of their playing and Shih-hua's singing: 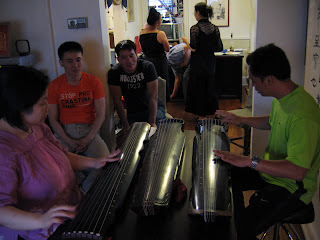 Jennie then played Lu Ming 鹿鳴. After she played Lu Ming, Yuni asked about this piece, Jennie and Yan yan both helped to explain to Yuni that it is like those deer play around Yuni's home and Yan yan family, as special guests of Yuni, came to visit. They played qin music at Zhong Dao Tang as the ancient poem described exactly: 呦呦鹿鳴，食野之苹。我有嘉賓，鼓瑟吹笙...

And Shih-hua also explained that this poem is from 詩經小雅, The Xiao Ya of [The Book of Songs]or [the Book of Odes]. The Book of Odes is the earliest existing collection of Chinese poems and songs. It contains three categories: Feng 風 (folk songs) , Ya 雅(Da Ya 大雅 and Xiao Ya 小雅 which many of the poems here were taken from folk songs and rewrite to upgrade to higher level for official use), Song 頌(Ceremony songs). 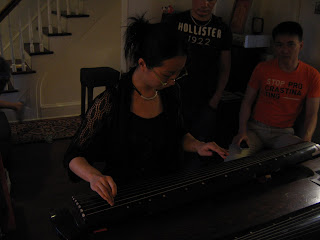 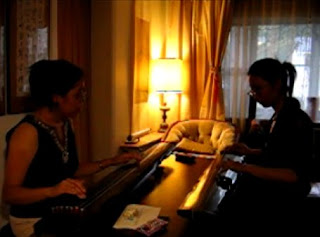 Sam then played Wen Wang Cao 文王操 on his metal string qin that he ordered from ebay. Sam has been learning guqin with Shih-hua for 9 months so far.To listen.
(Ps. Sam is a Taiji master, to see his Taiji video here.)

Peiyou played "Yu Qiao Wen Da 漁樵問答." When Peiyou finished this piece, Weijun said to her that he was thinking what the conversation between the fisherman and woodcutter could be? He felt that they probably says that tomorrow the stock market will drop a lot... haha... The stock market did drop a lot on the next day Monday but went back a lot too on Tuesday...oh well...that is life, so live like the fisherman, enjoy the nature world, without worrying of the material world too much.

Around 8:30, Yuni, Shih-hua,Weijun and Mark had to leave earlier. The rest of us continued to have a very different and fun music party. Yan Yan's elder daughter Jing-yu played violin and Peiyou played cello. Here is part of their duet...

There was also a kind of West mix East ensemble... cello (peiyou), violin (Jing-yu), Chinese opera singing (Yan Yan), Chinese flute (Yan's husband), xiao (Sam), and qin (Jennie). We tried to play Yang Quan San Die 陽關三疊 together, since each instrument were not really tuned together, it sounded a little bit funny but everybody had a great joy...

Recorded by Peiyou Chang
Posted by Guqin at 2:07 PM