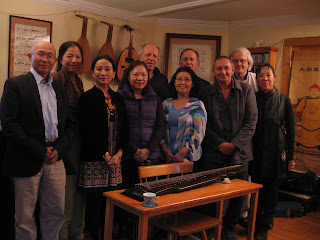 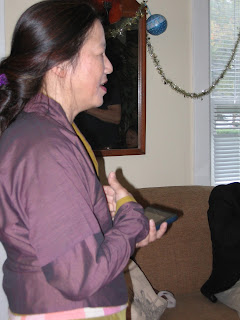 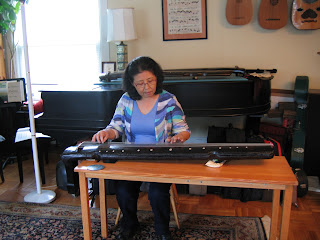 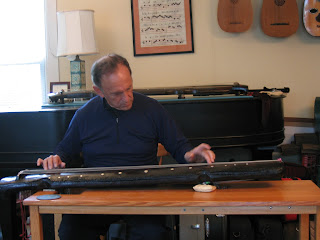 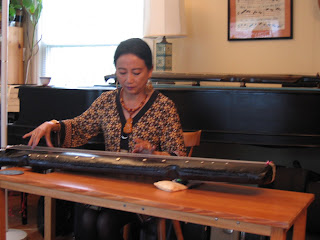 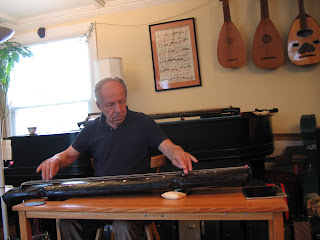 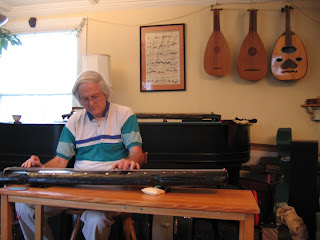 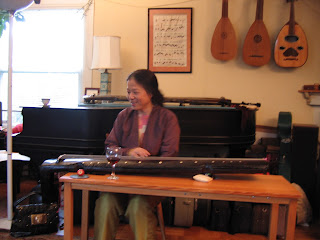 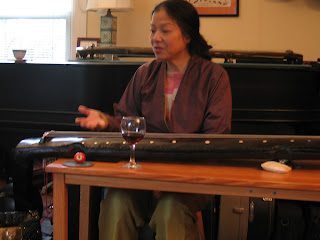 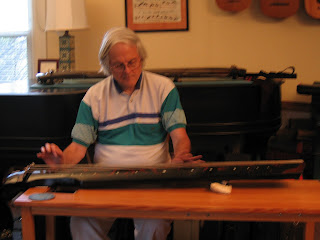 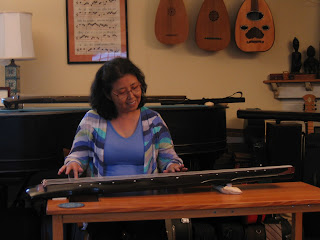 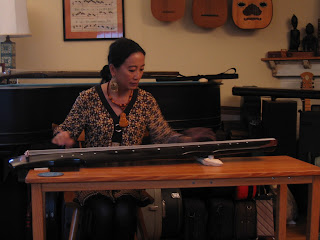 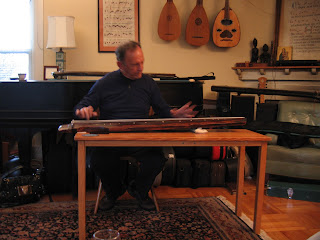 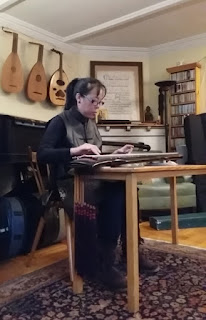 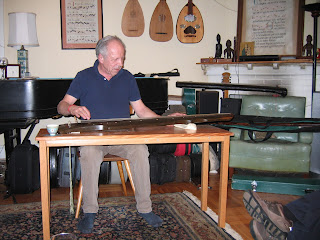 New York Qin Society members had tried out the carbon fiber qin and all feel the sound quality is nice. Because this is Shuengit's first experience with using carbon fiber to make a qin, there is still room for improvement. But she thinks this is a unique one and will not using the same method to make her next carbon fiber qin. She will combine all her experience to make a even better carbon fiber qin in the future. Carbon fiber is very light in weight, can endure high or low temperature and has stability. It is not a new material now. Airplane, bicycle, camera tripod, cello, violin, violin bow,  etc., all have been using carbon fiber. Guqin made by carbon fiber is not impossible and can be one of the very good materials.

Shuengit has learned some qin making technique in Beijing. While she was a professor at Taiwan Tainan National University of Art, she took the advantage of the time and location to learn qin making in the University.  She already made two traditional qin herself. The idea for her to make carbon fiber qin was that she wants a very light weight and nice sound quality qin.

Shuengit brought this carbon fiber qin from Paris to Canada and then to upstate New York my home for one night. Then we went to my old home in NJ and she stay in NJ for another 4 nights. We had tried different strings on the Carbon Fiber qin. We tried Qing Ming heavy silk string and a new set of metal nylon string (brand name Taigu) but find out that her oldest metal nylon string sound the best which had no metal harsh sound at all, but a nice gentle sound.  I had compared with my WP qin strung with MH silk string and the carbon fiber qin sounded a little clear and louder than the WP qin, and we were joking that the carbon fiber qin has a higher dpi. When I play traditional qin, for example my WP qin, I can feel the sound travel to the ground through the qin table. But I did not feel that from the carbon fiber qin. Yet, I did not feel the sound is too soft or no life. Wood qin has a clear bright wood sound quality, while carbon fiber qin has a soft gentle leather sound quality. Shuengit also used traditional raw lacquer, I believe that also helped the sound quality.

Shuengit asked me which qualities in the 9 virtues that I think the carbon fiber qin has: I picked #4, 5, 6 and 8. Please see my site for the explanation of The 9 virtues which distinguish the Qin quality 辨琴之九德