From 2pm to 5pm. There was a well organized qin gathering hosting by Mrs. Yuni Han at the 中道堂, Catskill NY. 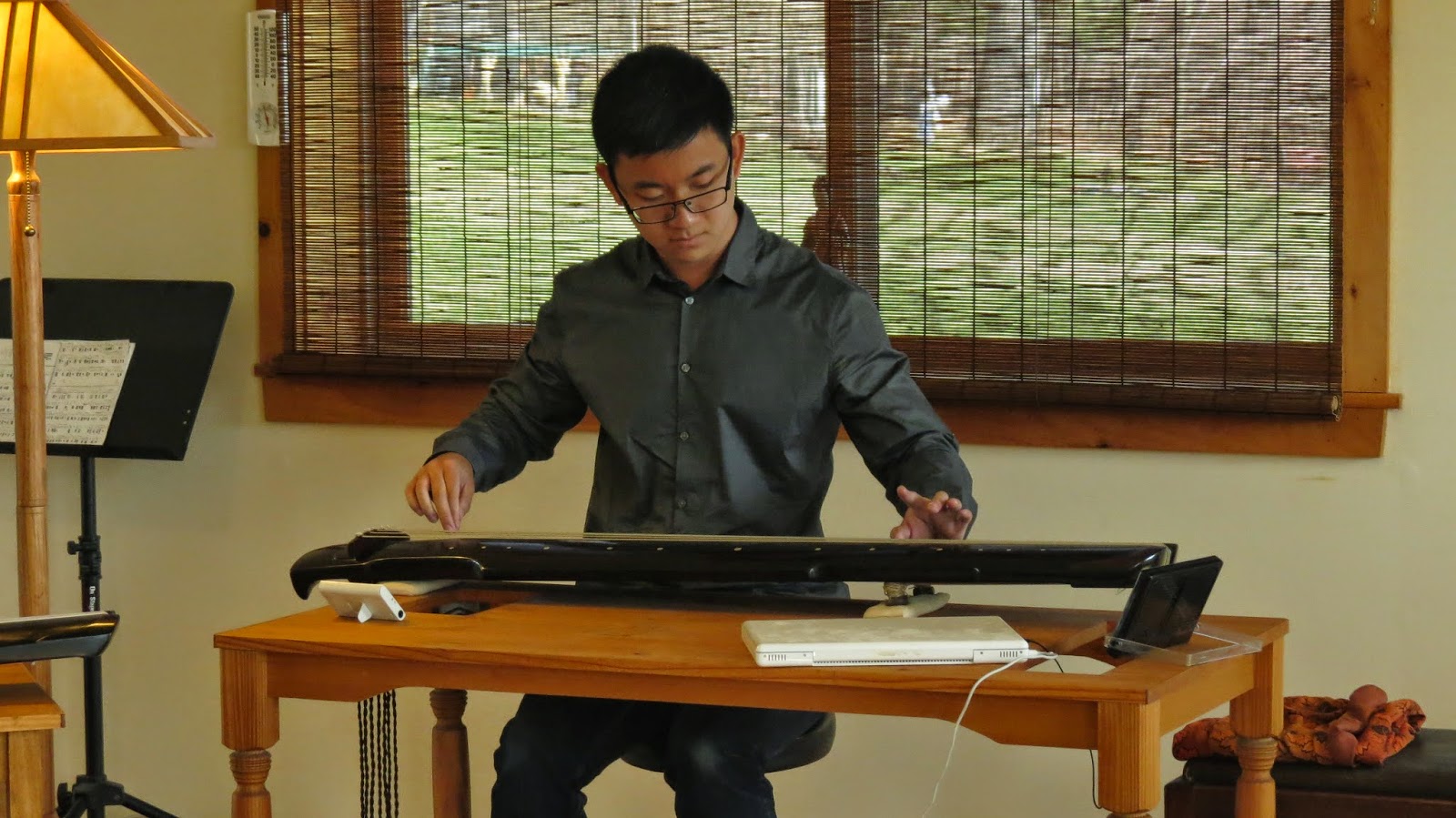 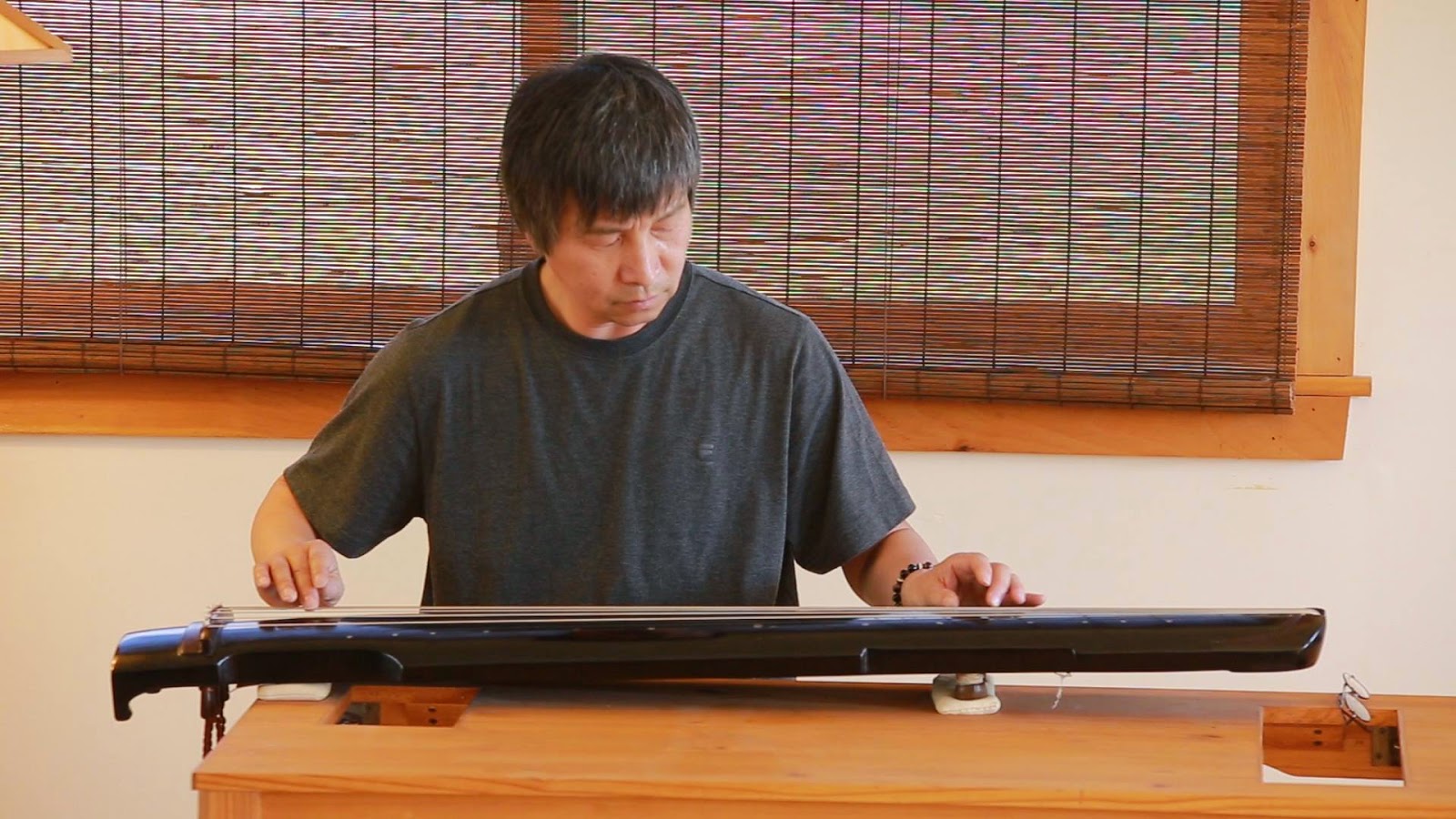 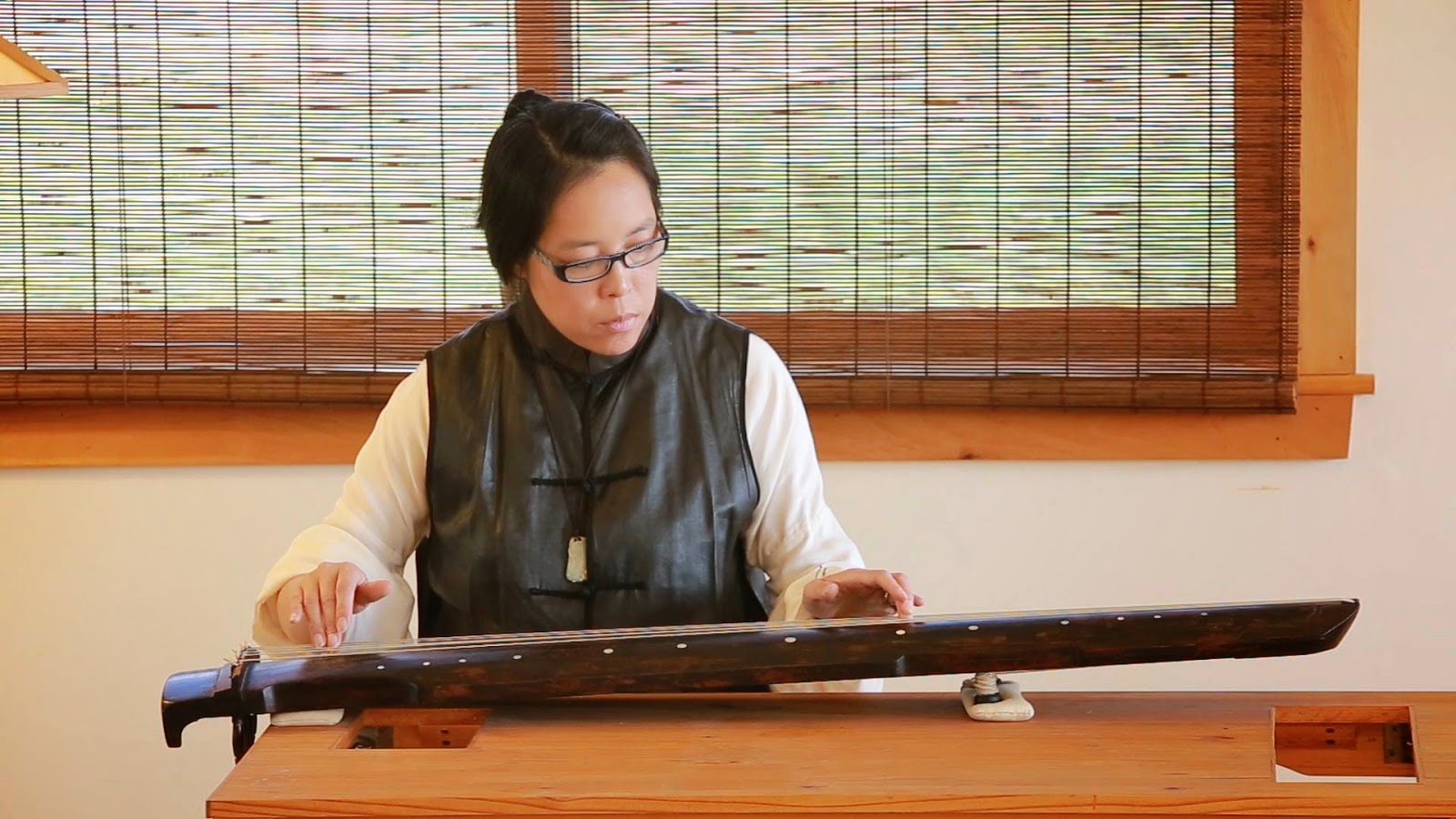 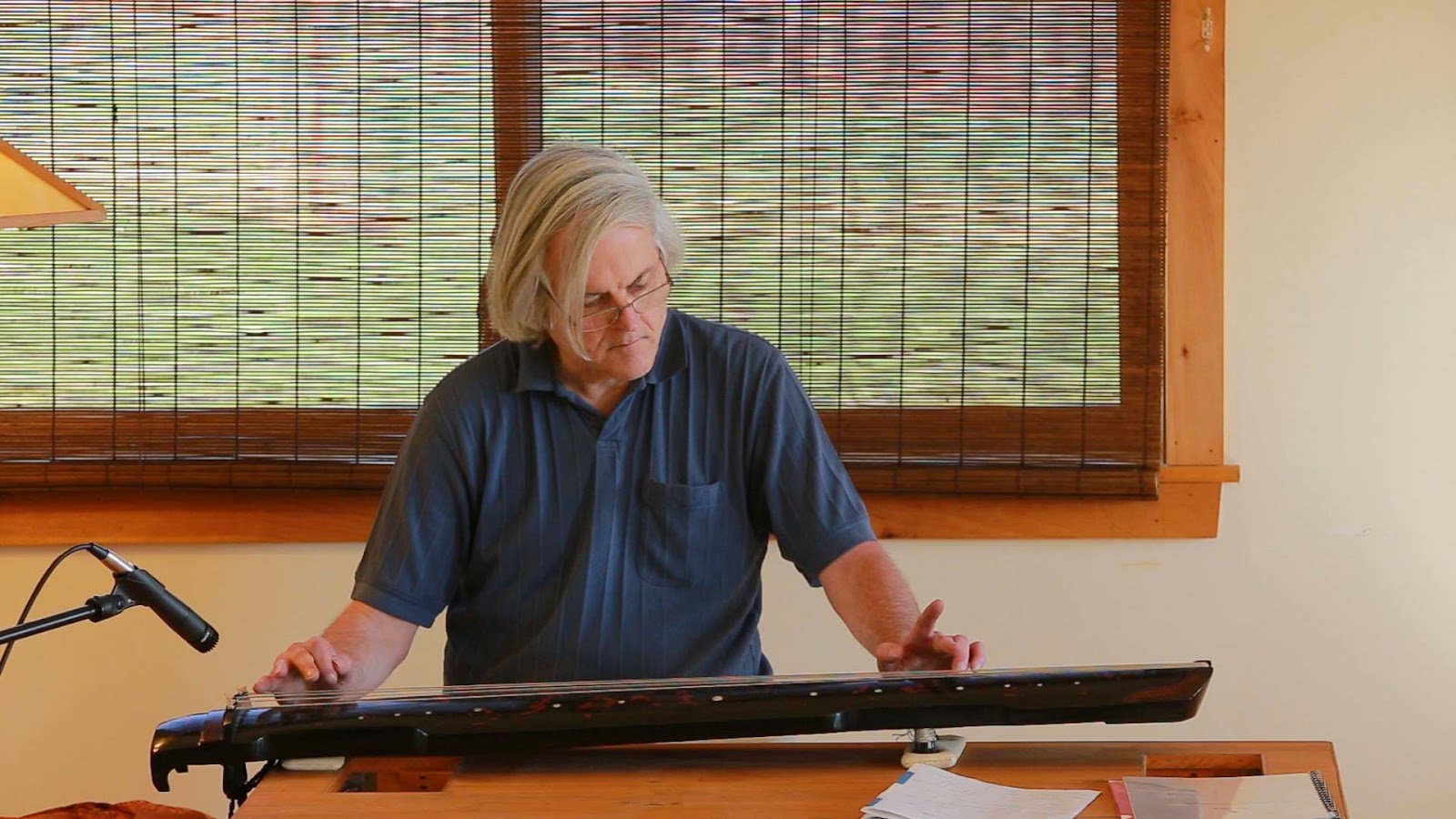 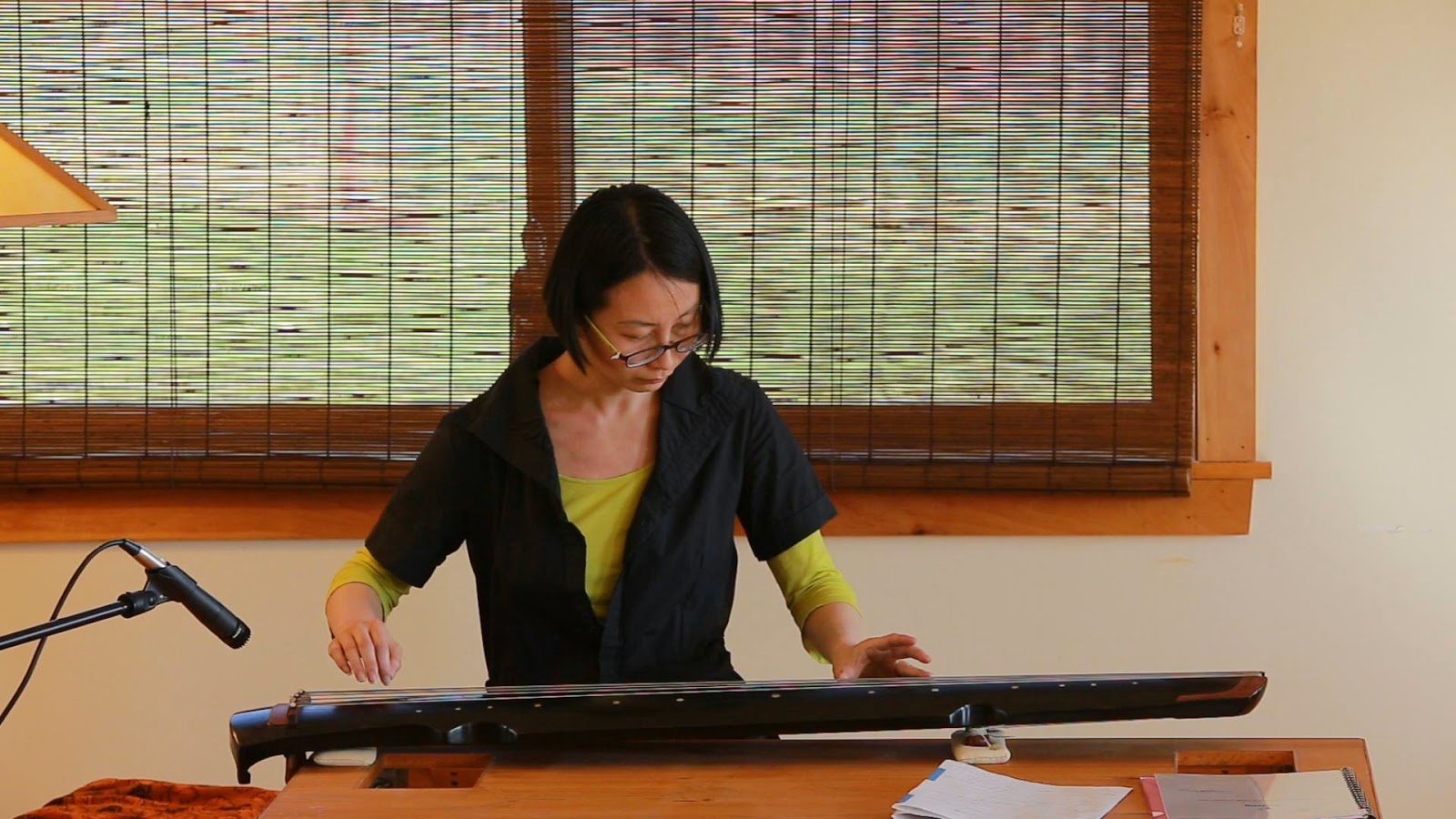 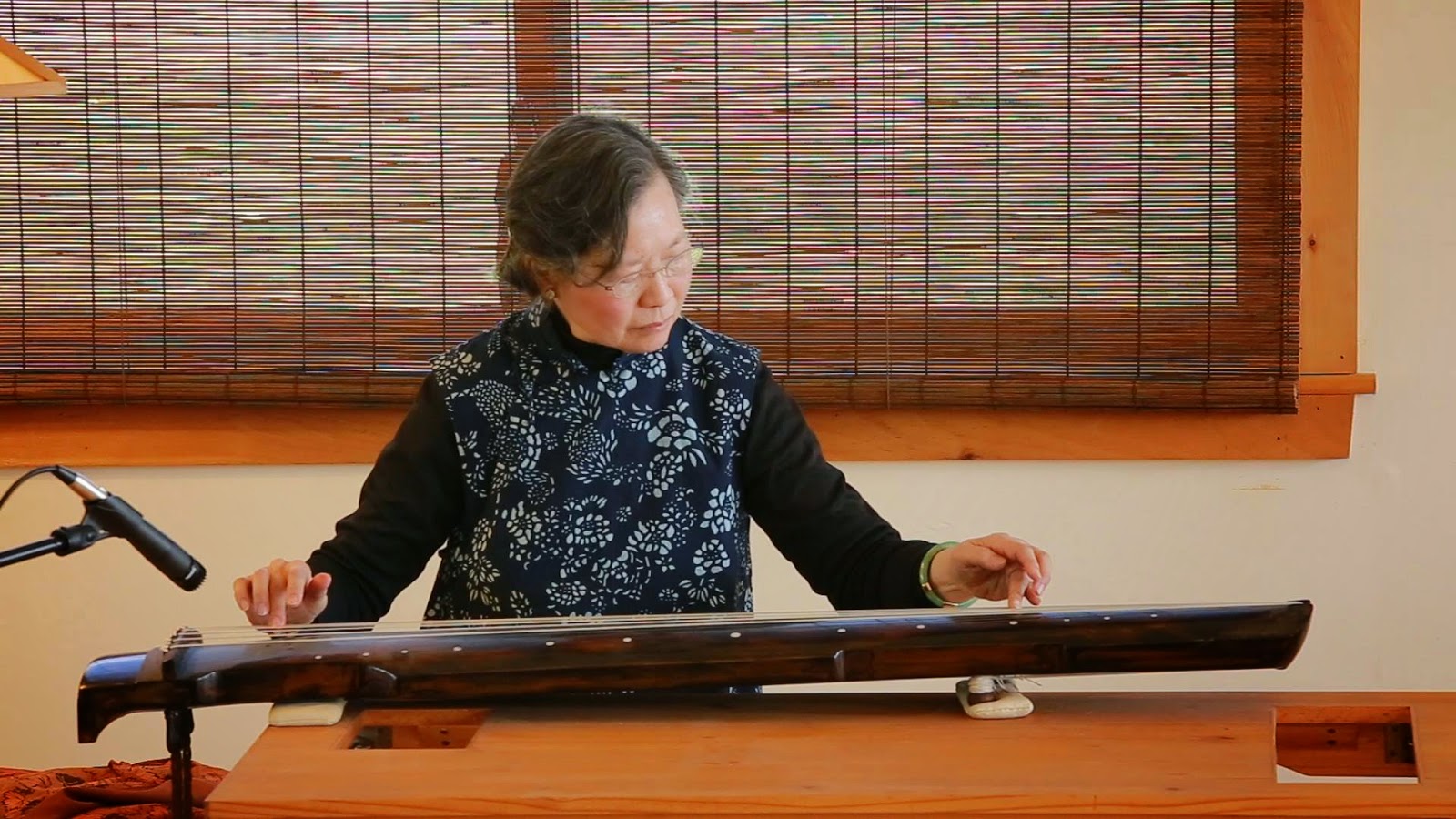 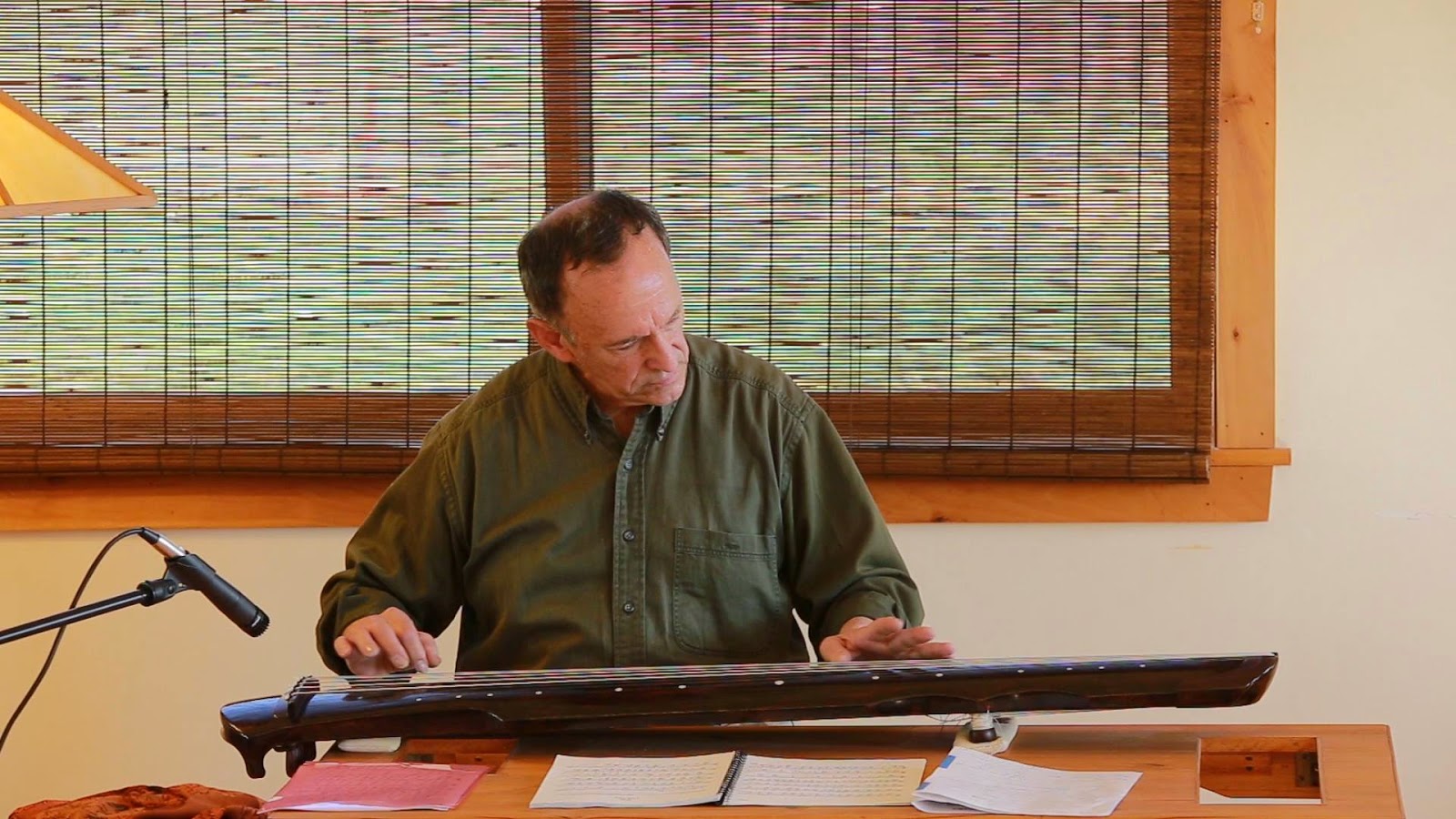 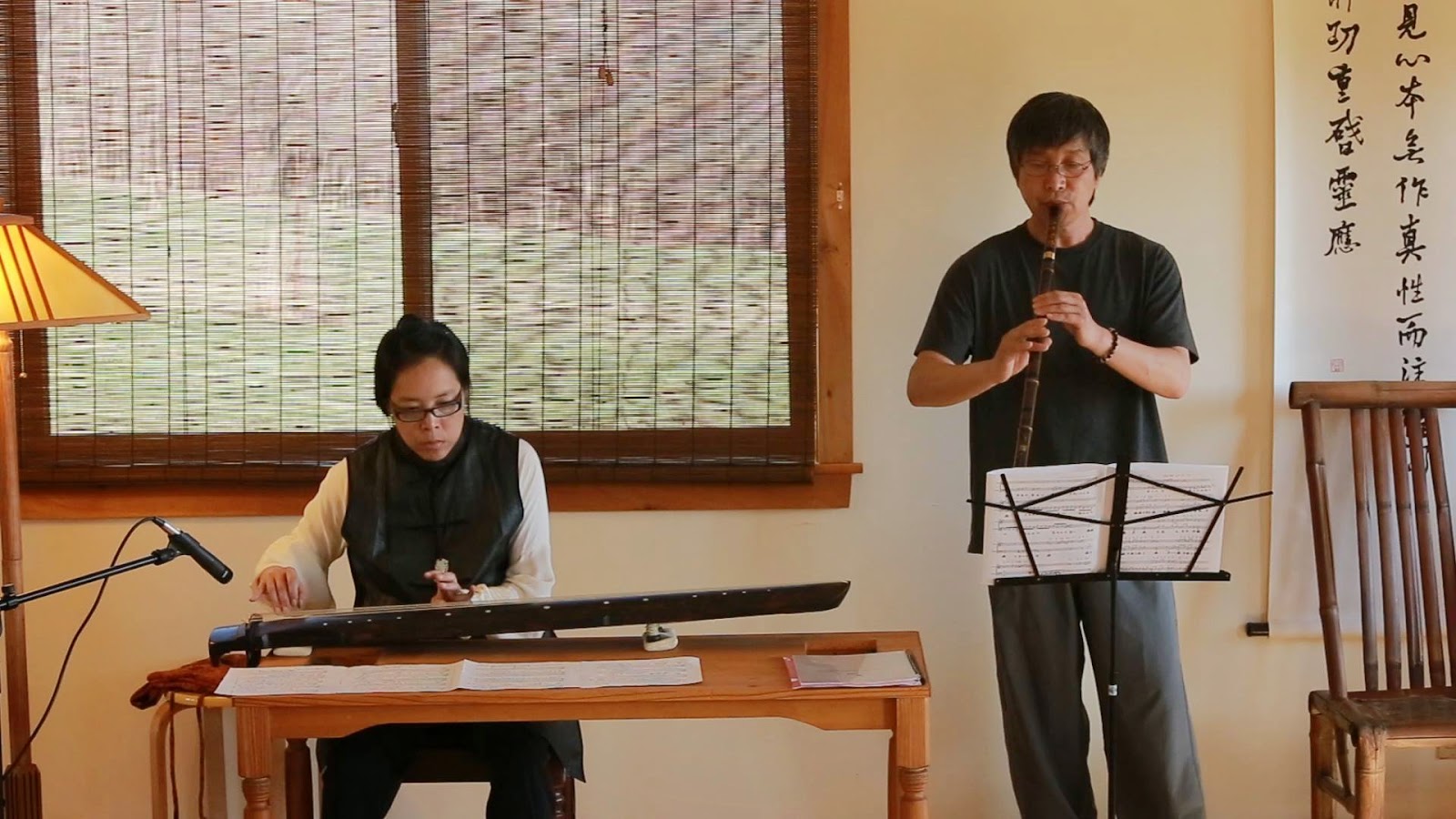 Thanks to the photographer Henry. (from the 2nd to the 8th photo) 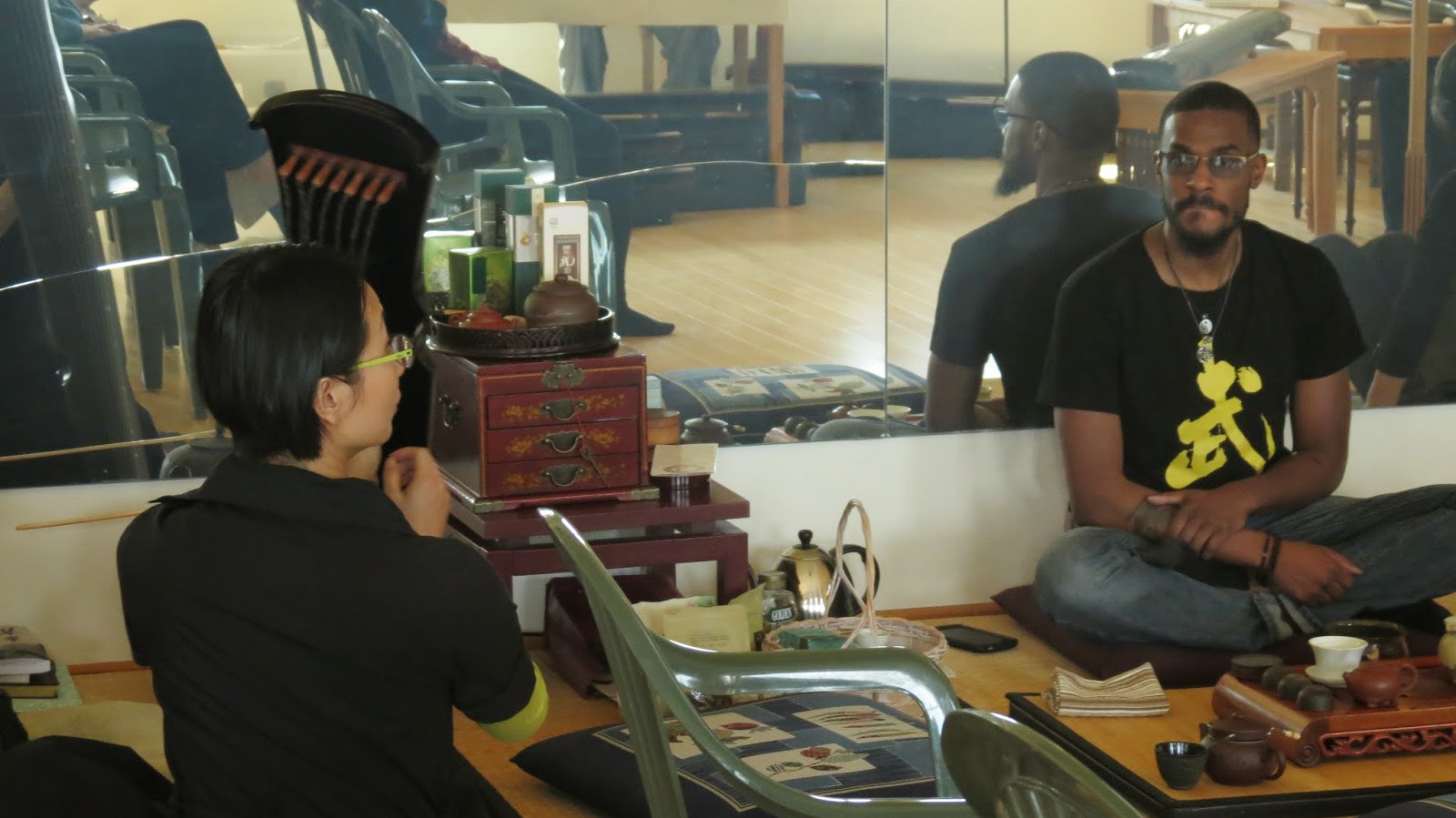 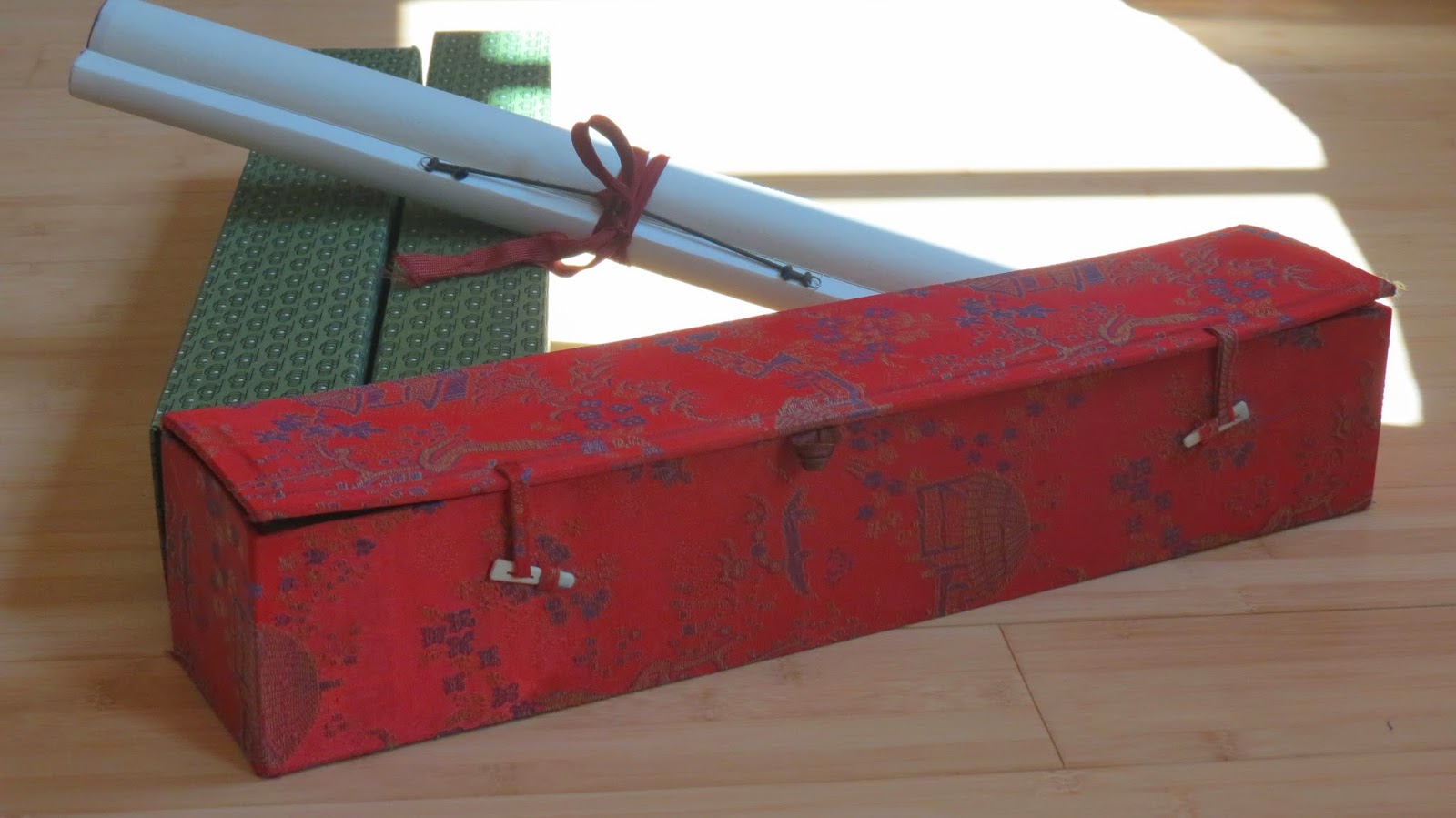 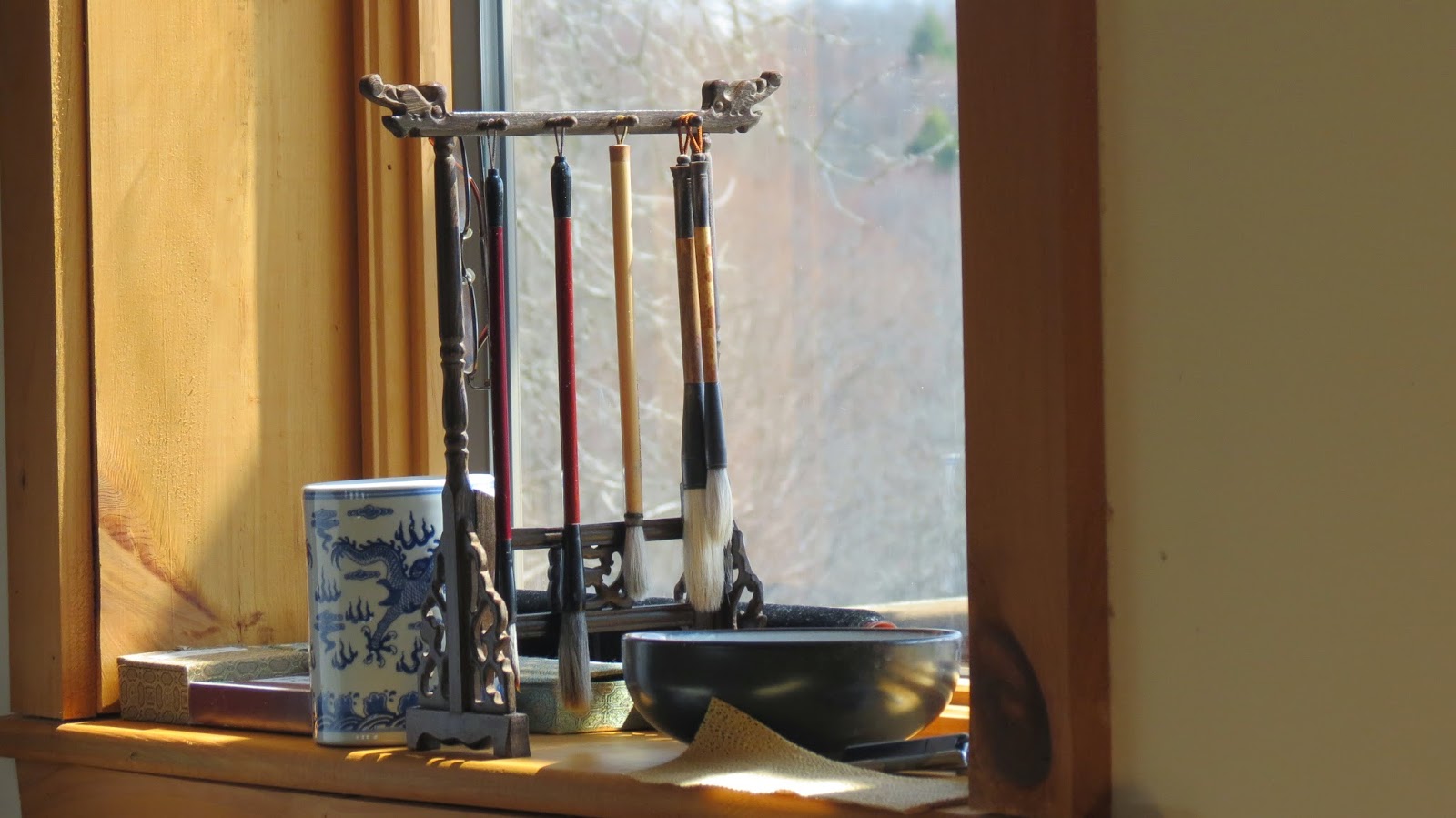 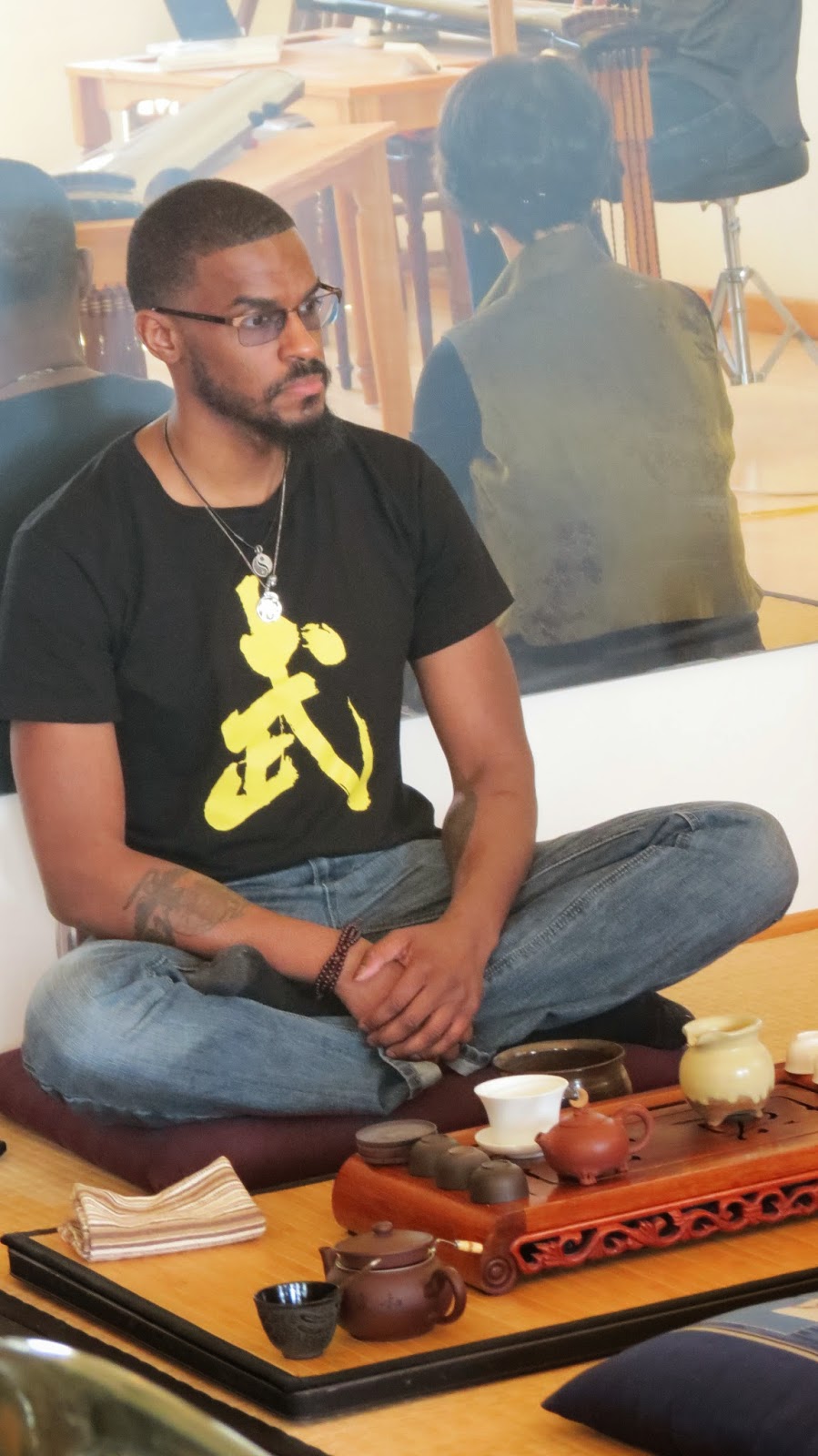 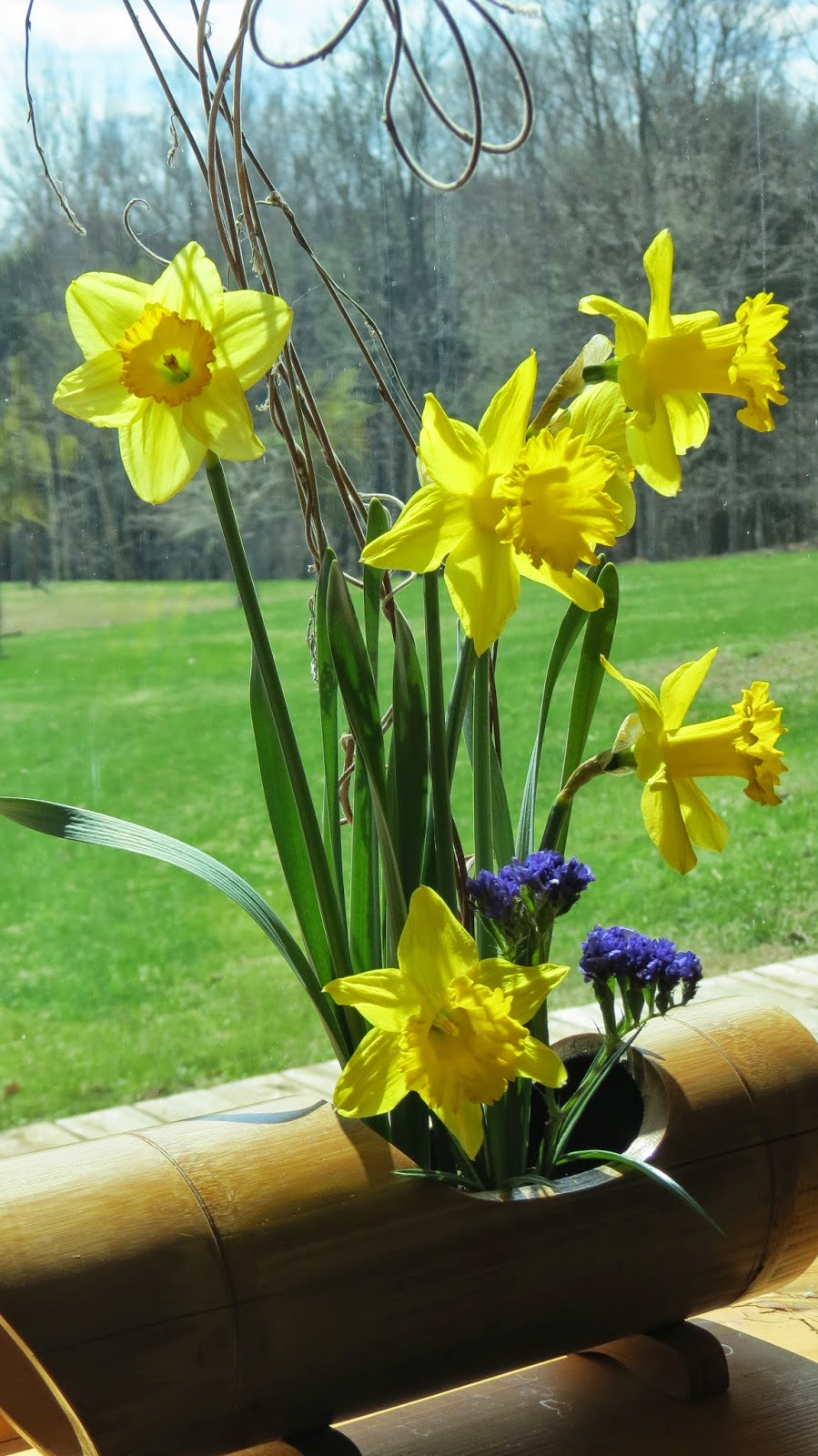 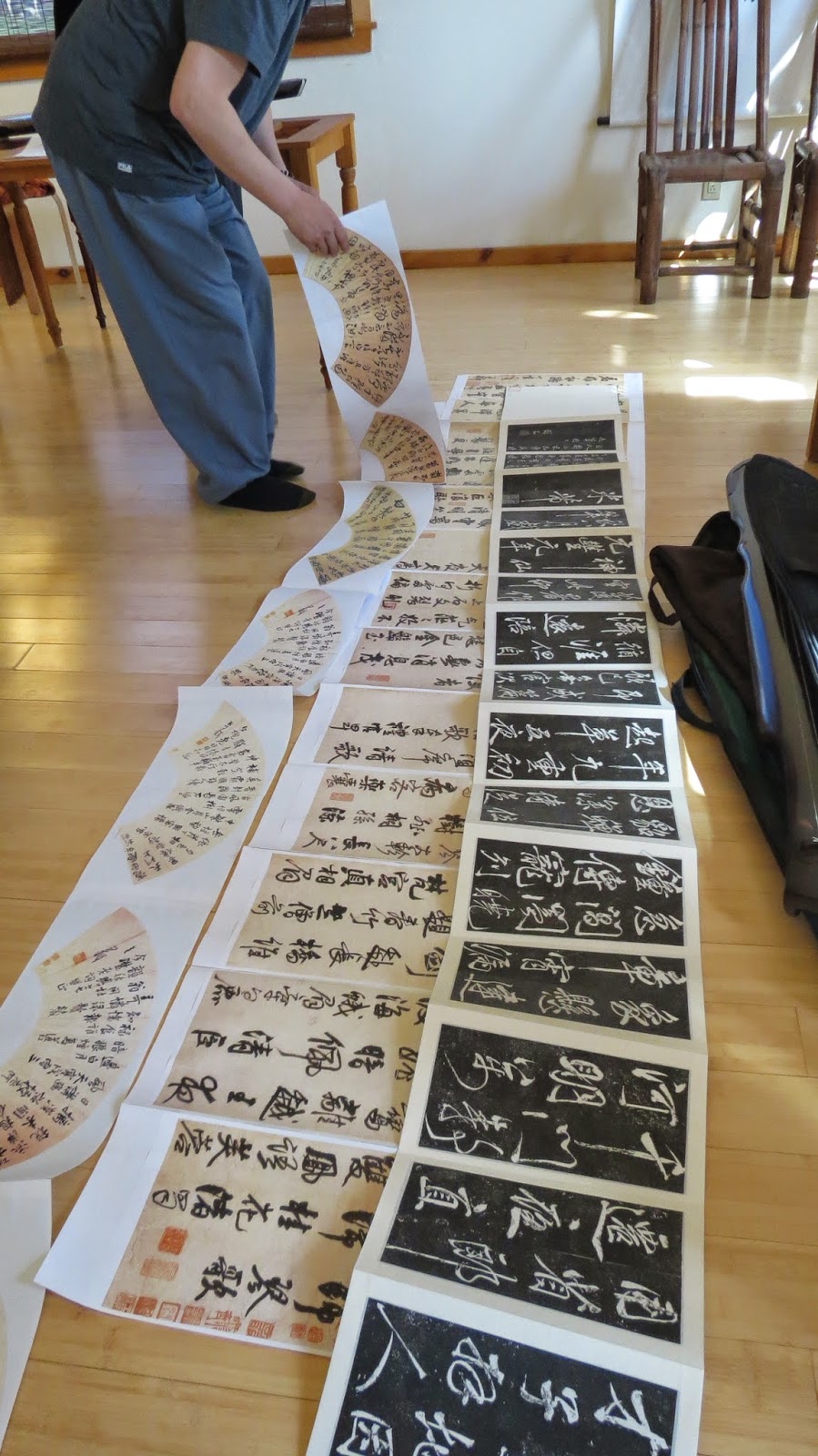 Renjie was showing  his collection of the images of 王鐸's Calligraphy and did a demonstration on writing Chinese calligraphy on special water paper which is very good for practicing calligraphy without wasting any rice paper. He explained that the writing action is very similar to playing the guqin. 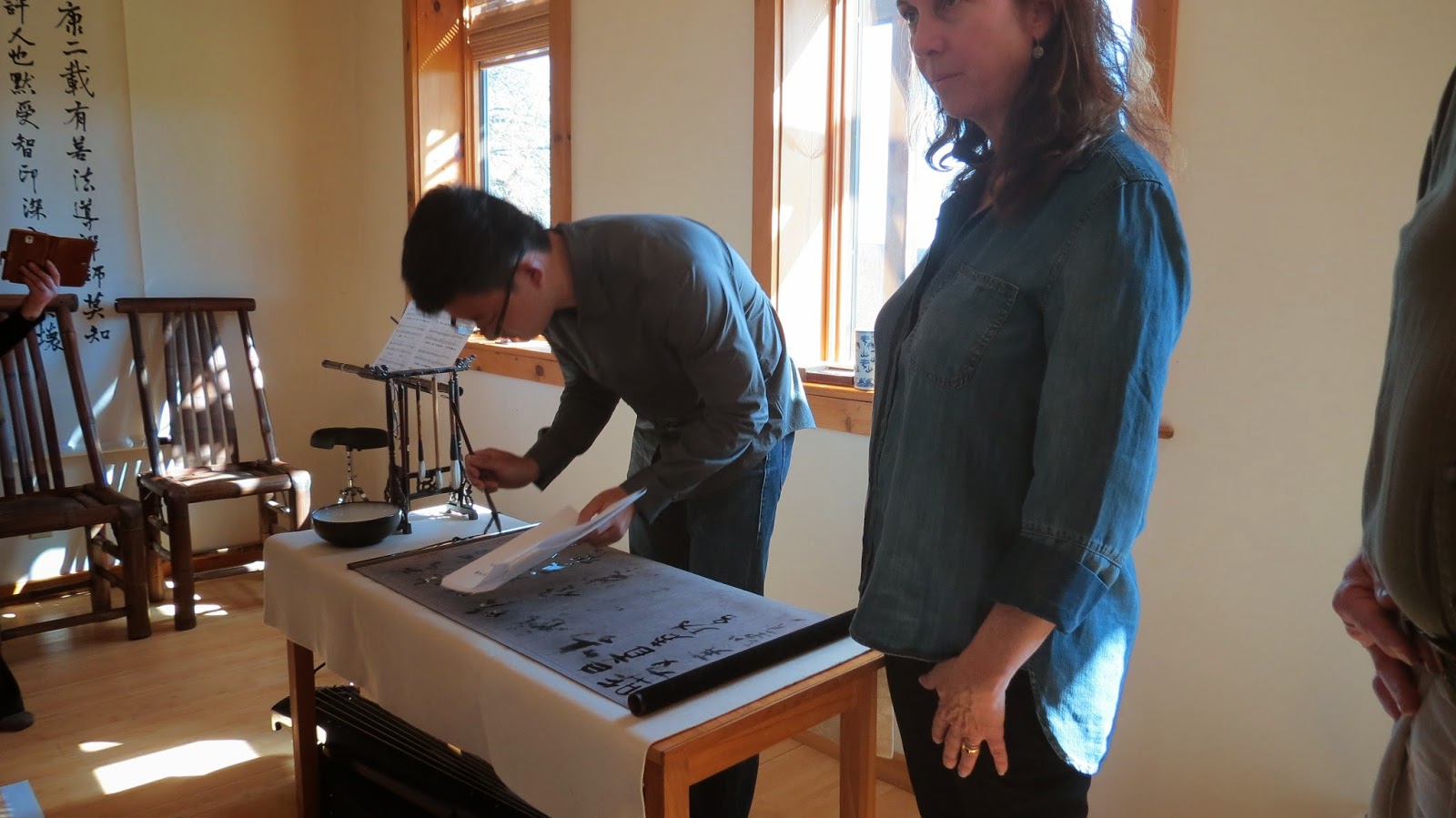 After Renjie's demonstrating, everyone tried to do brush writing on the magic water paper. 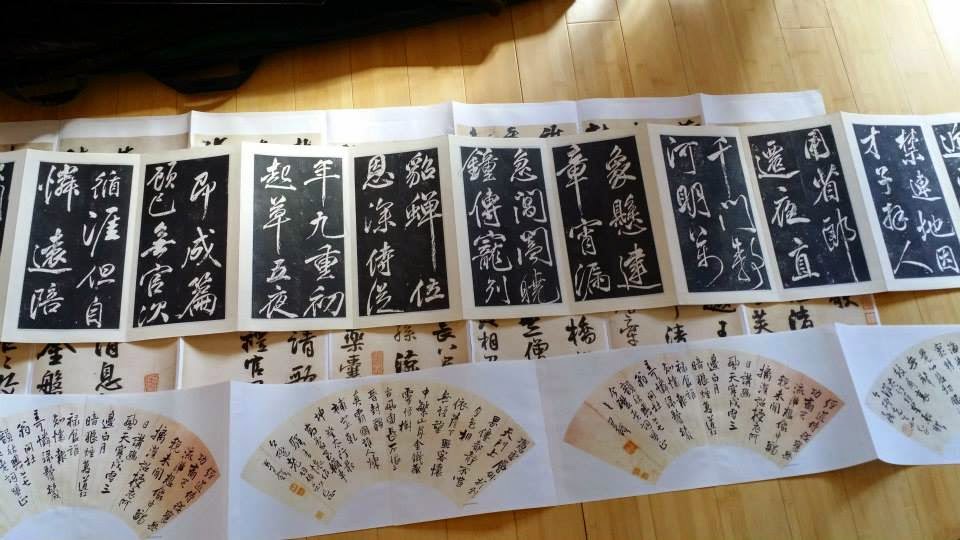 米芾 (top) and 王鐸's Calligraphy
According to Renjie: The Rubbing ink post shows calligraphy by Mi Fu (1051－1107), one of four famous Song Dynasty Calligraphers. The other two calligraphy by Wang Duo’s (1592－1652), from Min and Qin Dynasty. 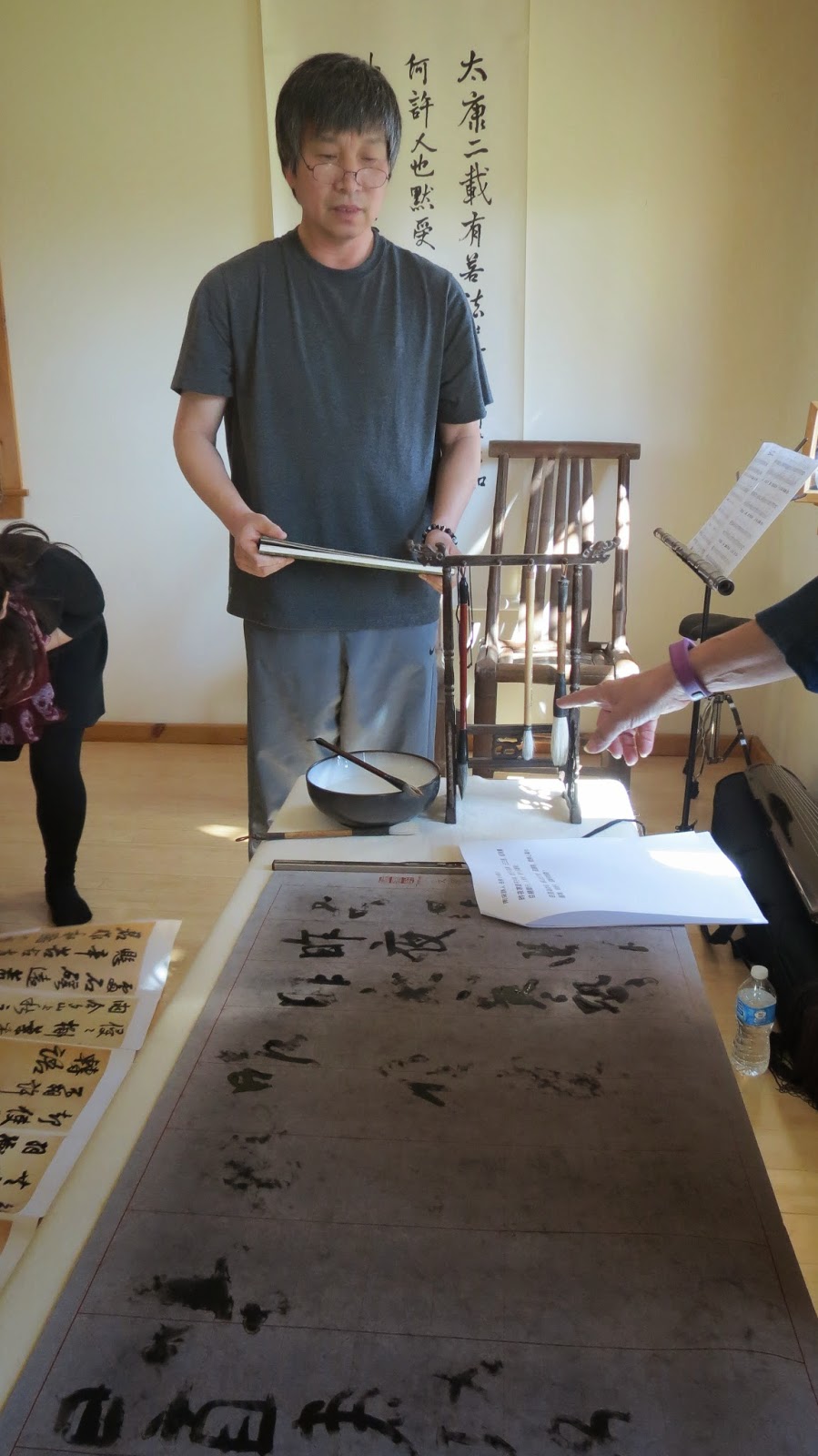 it dried out in about three minutes. 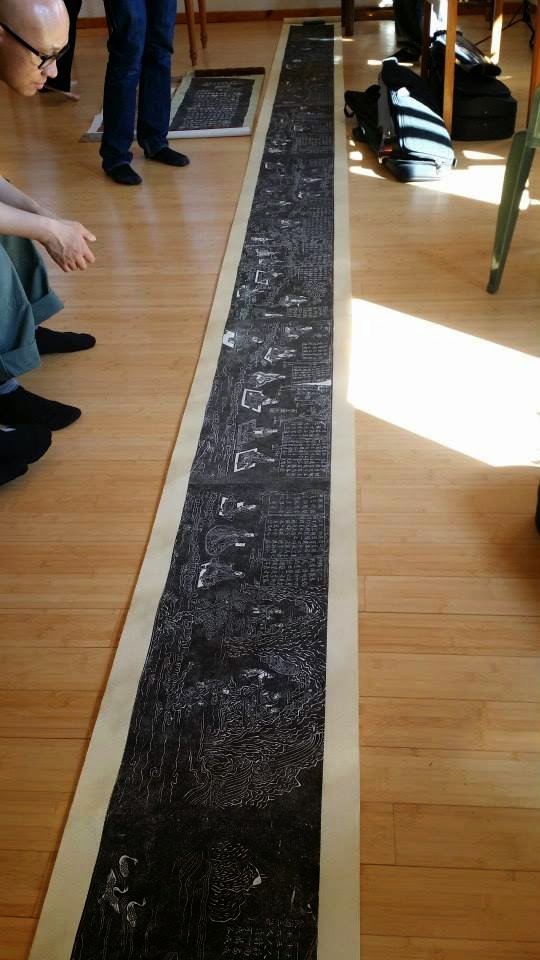 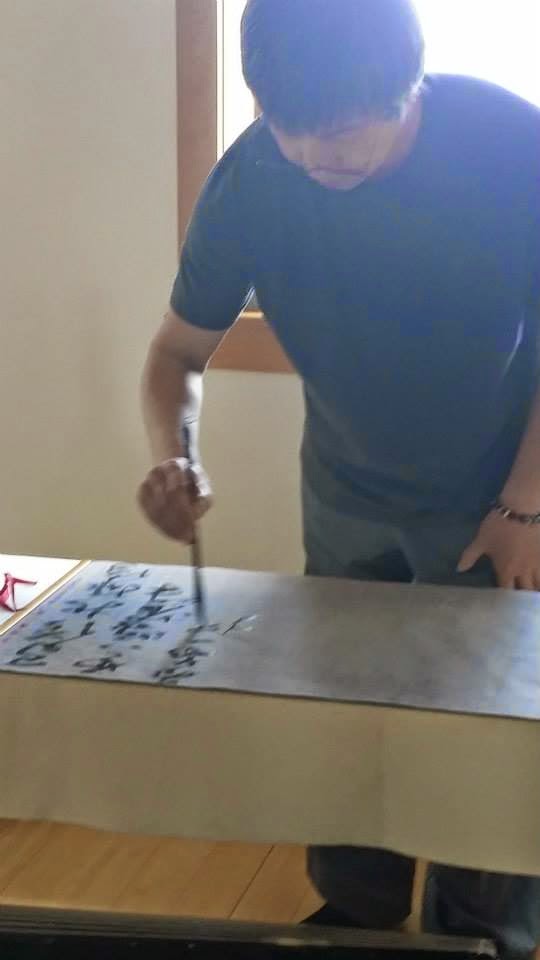 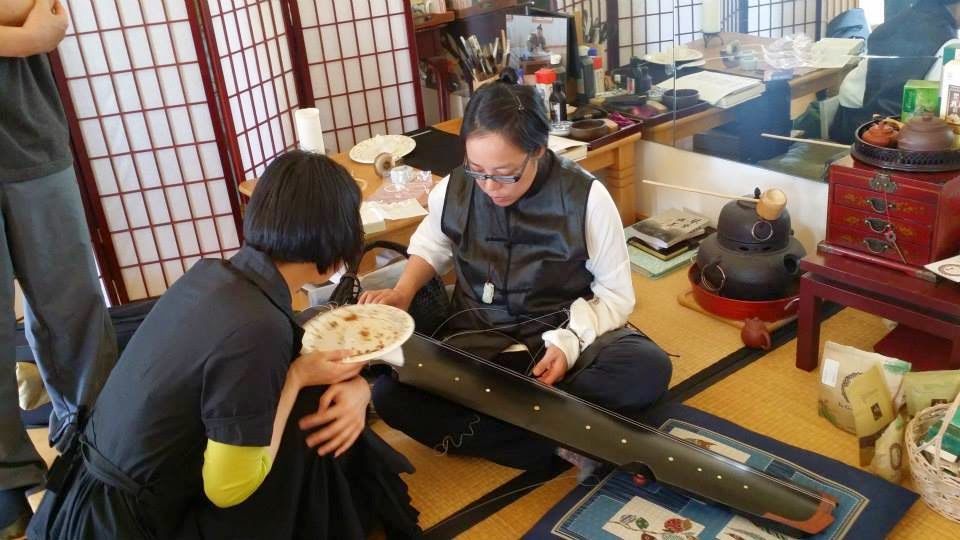 Peiyou helped Jennie to change her qin from metal string to silk string but this qin was not good for silk string, so we end up changing back to metal. 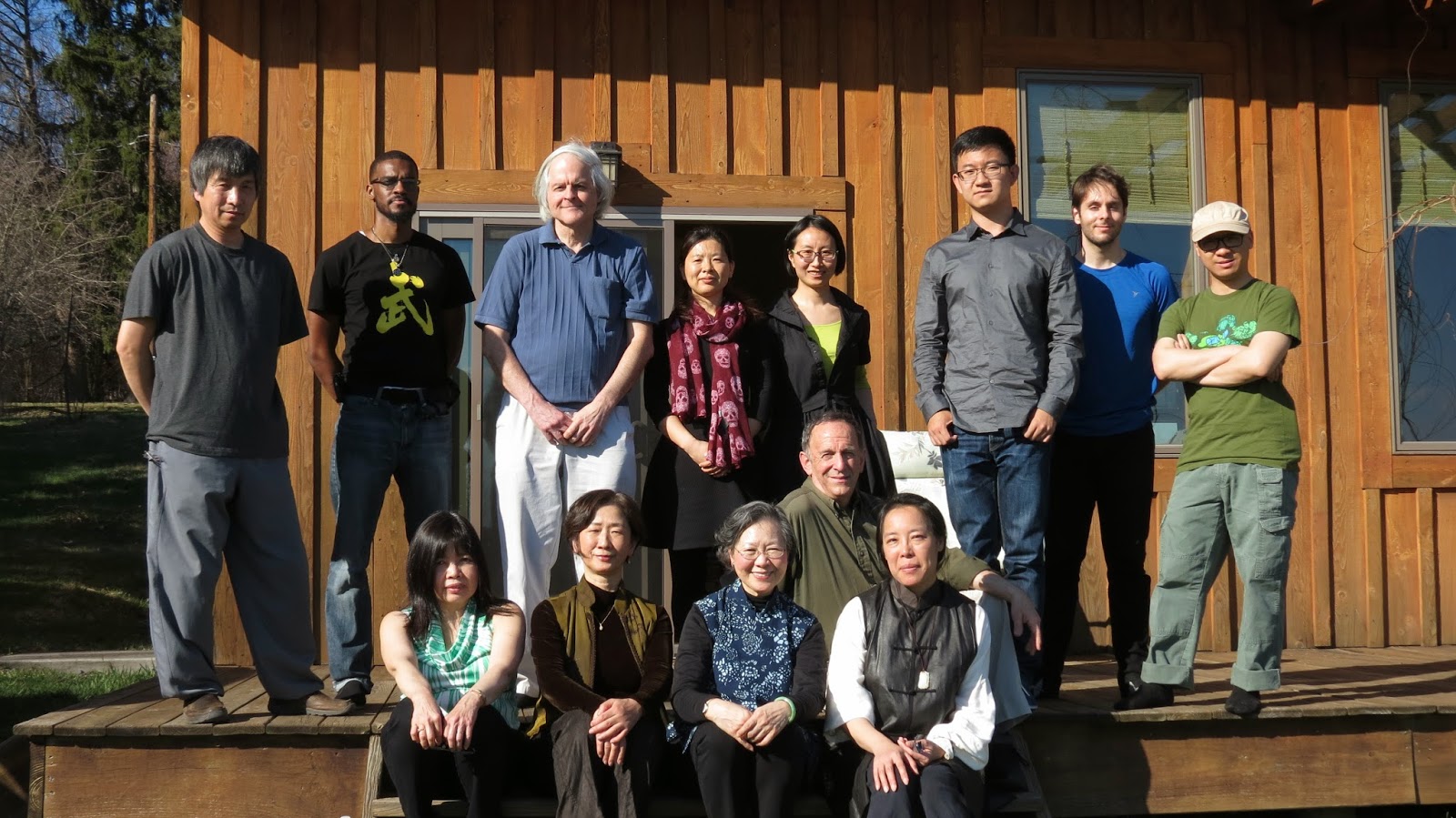 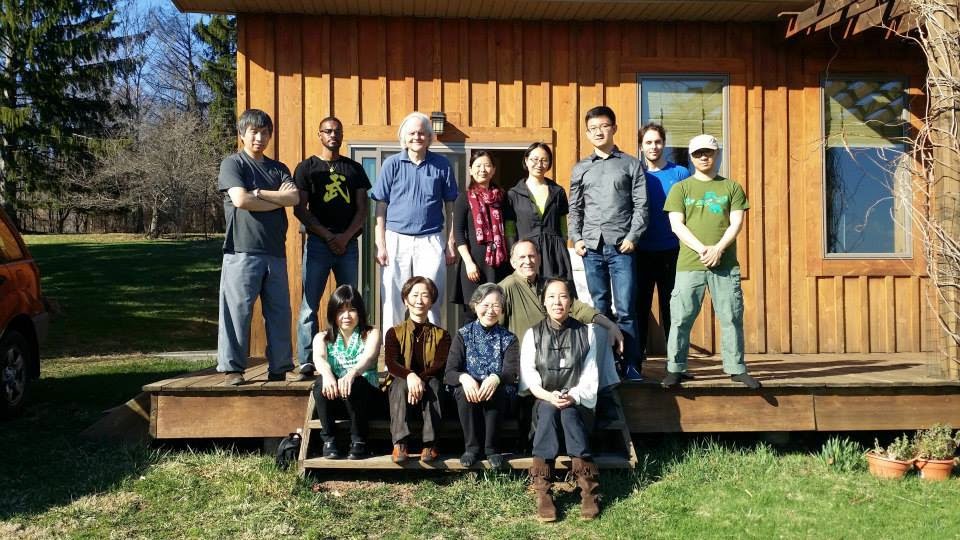 It was a very beautiful day. This photo was taken around 5pm. 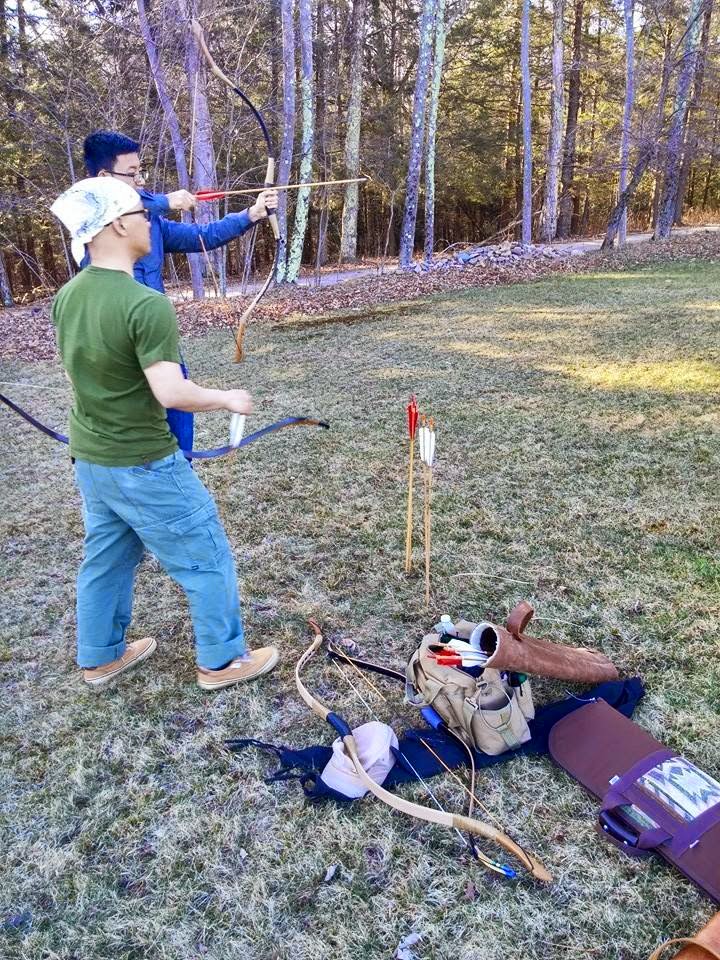 After 5pm, there was archery demonstration and practicing lead by Mr. Henry Chan.