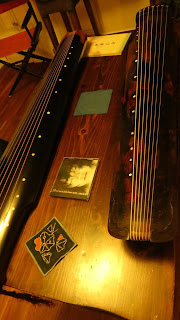 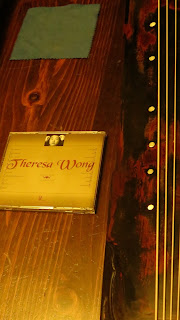 10/16/2015 meet Theresa Wong (黃天欣 ) from California. She reminds me of Jun Wang, a friend from SF, they looked alike. My mother's English name is also very similar to Theresa Wong, so I have special impression to this visiter. Theresa is a cellist, composer, vocalist, and Multi instrumentalist.  We talked about how I become interested in the Guqin. I explained a little bit of Qin tablature to her and played Xiao Xiang for her. She recognized this piece from my CD that I had recorded 9 years ago. 9 years ago I was playing metal string, but now I am playing silk string and I play xiao xiang differently now.

She was touching the qin in front of her and talked a little bit about her partner's experimental music work which was making a room as an instrument itself. Theresa used the qin as a proportion example that people in that room is like very small things next to the guqin.  She said her partner uses very thin bronze and steel strings to create sound. Both strings have same thickness, but create two tones that is about 3 degrees difference, such as mi to do.

We talked about improvisation, my composed pieces...

Time goes too fast, 2pm to 4pm just went by. I walked her to Rahway train station and we talked more about singing practicing. I hope I can learn singing soon. But I do not want to learn opera singing or pup music singing. I want to be able to really sing with my nature voice and with qin playing...

(I am glad I still have things I want to do... learning qin making and learning singing.)

Very nice to meet a new friend from different field but has similar interests ... music, and the guqin... 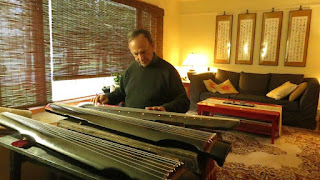 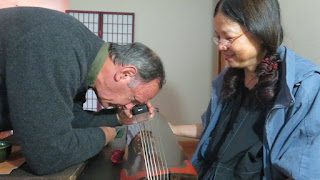 John and Shuengit checking out the silk string. 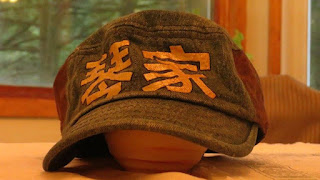 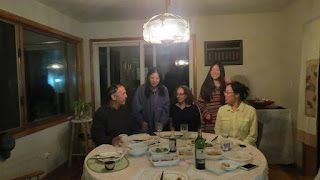 We ordered Chinese food in and Jiawei came over after class to join us. 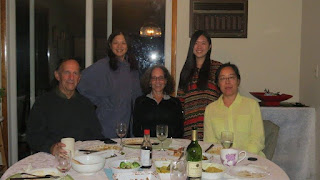 Stephen took this photo. It was really an unusual gathering. Because of Shuengit's trip from Paris to NJ to Toronto, and thanks to John couple drove her up to Binghamton NY, we all can have this wonderful chance to gathered together. 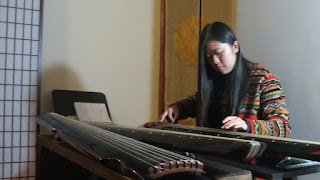 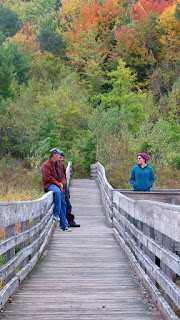 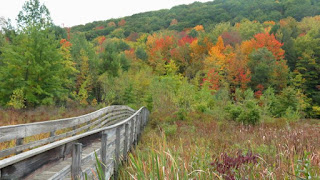 The next morning, Stephen and I accompanied with John and Suzanne to the nature preserve park in Binghamton University, we jog about an hour and saw the beautiful fall colors starting coming into our neck of woods. 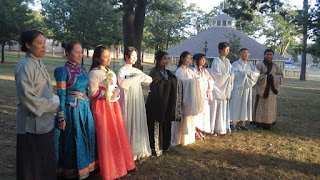 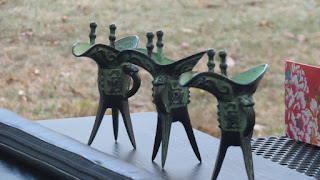 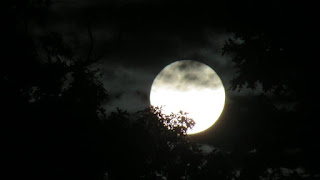 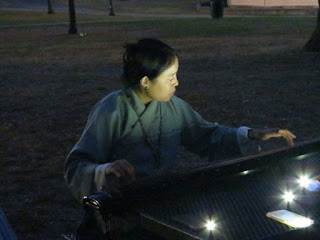 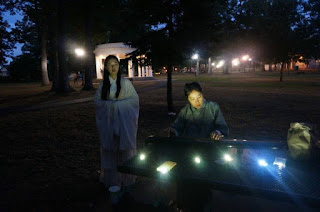 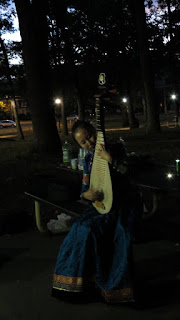 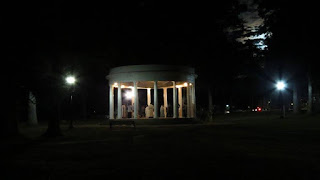 At the Recreation Park of Binghamton NY 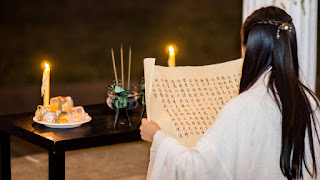 禱詞 (Calligraphy done by a friend of Jiawei) 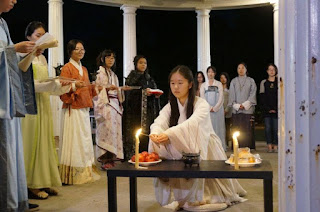 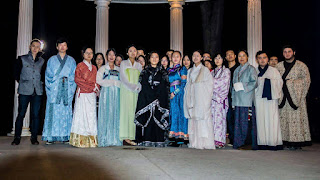 9/27/2015 I was invited to the Southern Tier New York Chinese Culture Club Mid Autumn Festival.
This club is established by Miss Jiawei Mao, and its organization and activity are brand new, very meaningful. I am grateful to be invited and learned something new. The whole moon ceremony went very smooth which is not so easy to get. Jiawei and friends really did a good job. Thanks.

Moon ceremony can be found in ancient Chinese documents that as early as Zhou Dynasty (1046-256 BCE), emperors worship to Sun in the spring time, to Earth in the summer time, to Moon in the autumn and to Heaven in the winter time.

月屬陰 因此祭月均由女性執行
Moon is "Yin" therefore the execution of the moon ceremony has to be done by female. 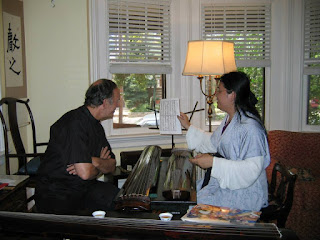 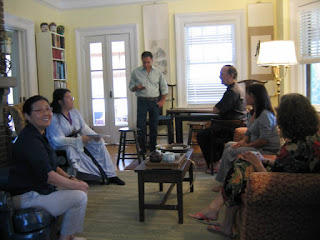 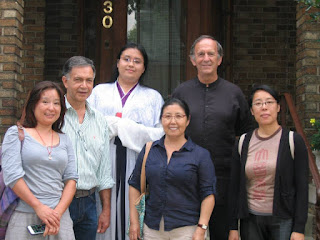 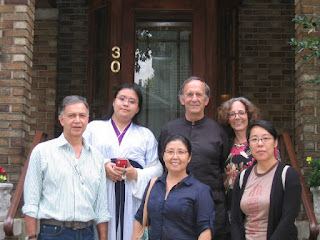 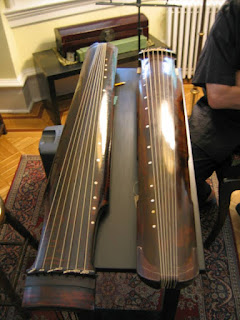 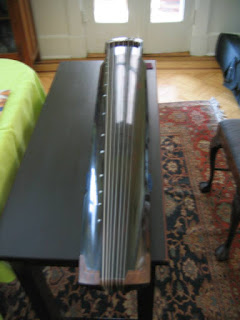 Alan's qin made by 李明忠, strung with metal strings.

People who attend this gathering were:
Host: John and Suzanne
Peiyou and Stephen From Vestal NY
Hongmei from NJ
Lucie and James from NJ
Juni from Toronto 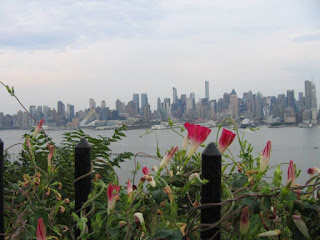 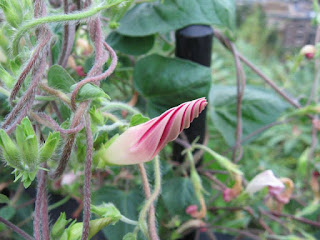 Meeting after, we all walked to the river side to enjoy the view of Manhattan and Hudson River.