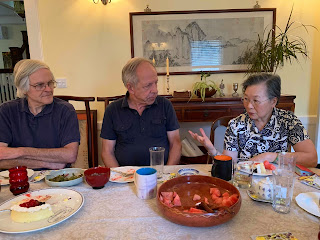 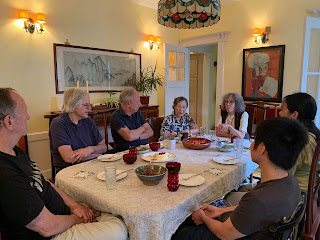 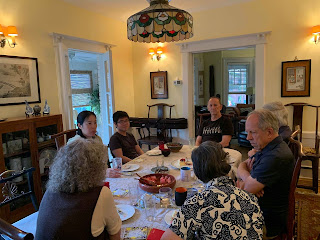 We discussed the possibility of organize the 20 years anniversary of NYQS and the way to have NYQS official website back. 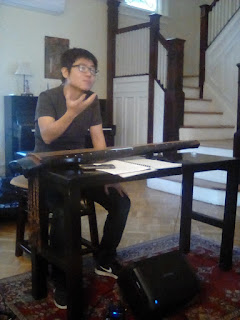 Bin Li played his new composition on the qin, titled: America is hard to hear. This is a piece that only played with harmonics (to follow the philosophy of 大音希聲) and the tuning is the tighten 5th string but lower the 3rd string about 1/4 tone, in order to create more microtonal interval. Please see his notation below. 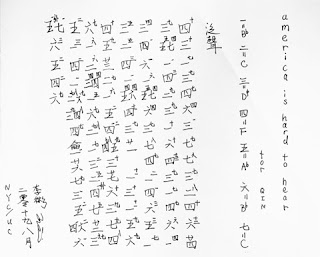 After Bin played this piece, everyone think it was a very nice piece , however no one can recognize that the melody was taken from Star Spangled Banner (the national anthem of the united state). Bin also rearranged the register and changed the rhythm. The result was quite interesting. 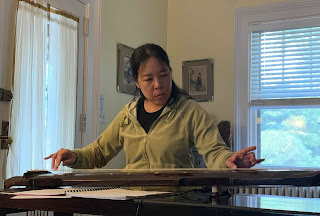 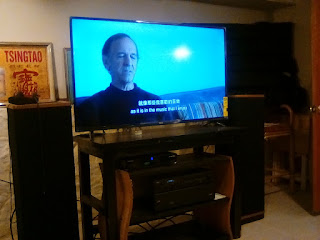